Skip to content
Songs about Fall
January 5 By Renée 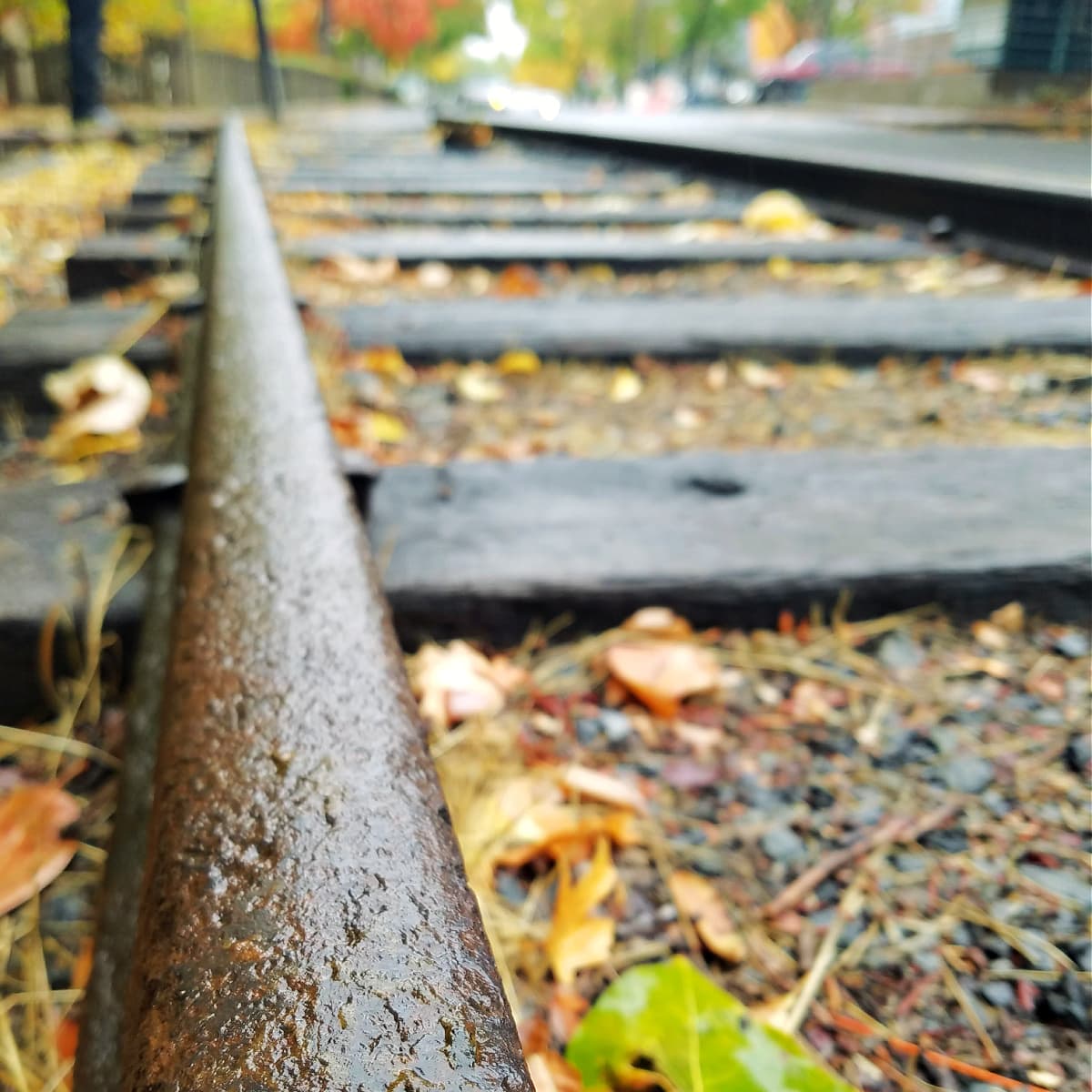 Trains are a common musical metaphor, often used to illustrate deeper themes. Songs about trains are most often about freedom, rebellion, searching for purpose, or simply appreciating the wider world, and can be found in musical genres ranging from folk to jazz to heavy metal.

We hope you enjoy this eclectic collection of train songs!

If you have a favorite train song and don’t see it on our list, be sure to tell us about it in the comments!

Also known as Railroaders’ Lament, 500 Miles was first recorded over 50 years by The Journeymen, and soon after by Peter, Paul and Mary, Joni Mitchell, and many others. This song, generally credited as being written by Hedy West, was first copyrighted in 1961 and is West’s “most anthologized song.”

The 2013 release of this folk classic from Justin Timberlake, Carey Mulligan, Stark Sands (as part of the Inside Llewyn Davis soundtrack) has a vintage vibe that makes it one of our favorite versions.

Singer-songwriter Steve Goodman delivers a clean, easy to listen rendition of his American classic, City of New Orleans, which recalls a train ride from Chicago to New Orleans with bittersweet nostalgia. While this song has been recorded by numerous artists both in the US and Europe, Steve’s original version reminds us that the original songwriter is often the best singer for the song.

Released in 2003 as the title track from his debut album of the same name, Long Black Train was country singer-songwriter Josh Turner’s breakthrough single. Josh’s signature chest-rumbling bass notes pair perfectly with the percussive rhythm of the song to create a feel reminiscent of a steam locomotive in motion.Listen

Canadian Railroad Trilogy was written, composed, and first performed in 1966 by Canadian singer-songwriter Gordon Lightfoot, and tells the story of the building of the trans-Canada Canadian Pacific Railway, the construction work on which was completed in 1886. The song was commissioned by the Canadian Broadcasting Corporation (CBC) to celebrate the Canadian Centennial in 1967, and first appeared Lightfoot’s album The Way I Feel, released the same year.

Peace Train, written and first recorded in 1971 by Cat Stevens, has had as long, varied, and controversial life as the man himself. This new version is the result of a 2021 collaboration Yusuf / Cat Stevens and Playing for Change, and was recorded with over twenty-five musicians from twelve countries is hopeful, joyous, and seamlessly mixed to create a truly transcendent piece of music.

John Denver’s entire last album, All Aboard, recorded in 1997, is a beautiful collection of train songs.

Jessie Dreamed of Trains (written by Vince Gill) is one of our favorite tracks on the album; a sweet, simple song about a little girl who loved trains, delivered with Denver’s clear, confident, unforgettable voice.

Just Like this Train was released in 1974 as a track on Court and Spark, Joni Mitchell’s sixth (and most commercially successful) studio album. The train and its occupants are drawn into a metaphor for “jealous lovin’,” with Mitchell’s lyrical paintbrush invoking reflective sketches of fellow travelers and the musings of a jealous heart settling into a berth on an overnight train.

Take the A Train

Take the A Train is a jazz standard and signature tune for the Duke Ellington Orchestra (DEO). It was composed by Billy Strayhorn in 1939, with lyrics written by (then) 20-year old Detroiter Joya Sherrill added in 1944. The 1943 version is from the film Reveille with Beverly.

From the double album “Jim Croce, The Faces I’ve Been”, released after his death.

The Wreck of the Old ’97 is an American ballad about story of the 1903 crash of Southern Railroad mail train No. 97. The Kensingtones’ version of the song is based mainly on the rendition by Vernon Dalhart, whose RCA Victor recording in 1924 became the first million-selling record in the United States.

The Loco-Motion was written by songwriters Gerry Goffin and Carole King. Classic 1960’s dance pop, it was made famous by 17-year-old singer Eva Narcissus Boyd, known as Little Eva. This was her first and only #1 hit.

Written by lyricist Jim Weatherly, this Grammy winning song is about a man giving up his dreams and heading back home to Georgia, as told by a woman who loves him.

This Train (also known as This Train Is Bound for Glory) is a traditional American gospel song first recorded in 1922. It was popular in religious circles during the 1920s, and it became a gospel hit in the late 1930s for singer-guitarist Sister Rosetta Tharpe.

Classic Cash. Written by Cash in 1953, Folsom Prison Blues was famously performed live for a crowd of inmates at Folsom State Prison in 1968 for his live album At Folsom Prison.

Crazy Train was Ozzy Osborne’s debut solo single, released in 1980 on the album Blizzard of Ozz.

Long Train Runnin, recorded by the Doobie Brothers and written by band member Tom Johnston, peaked at No. 8 on the US Billboard Hot 100.

This sentimental favorite was written by Tommy Boyce and Bobby Hart, a songwriting team that wrote several Monkees hits. Hart explained in an interview that it was a Vietnam War protest song about a young man who gets drafted.

Inspired by the story of an actual train engineer Casey Jones, who was also the subject an earlier folk song played by the Grateful Dead called “The Ballad of Casey Jones.”

Down There by the Train

Singer-songwriter Tom Waits’ gentle but gritty gospel song about being tired, and needing relief and forgiveness. It is also about death; comparing a hitching yard/train station to the river stix. First recorded by Johnny Cash in 1994.

Rock N’ Roll Train was released as the first single off the album Black Ice, and marked the end of AC/DC’s longest (8 year) hiatus.

Love Train was the O’Jays’ first and only number one record on the US pop chart, and has been considered one of the first songs of disco music.

Train Kept a Rollin’ was first recorded by American jazz and rhythm and blues musician Tiny Bradshaw and his big band in 1951. It was later popularized by The Yardbirds in the mid-1960s, and was a concert opener when Jimmy Page went on to start Led Zeppelin. It was key in Aerosmith’s early live repertoire.

Disclosure: This post may contain affiliate links, including Amazon affiliate links, which means we may receive a commission if you click a link and purchase something that we have recommended. Please check out our disclosure policy for more details. 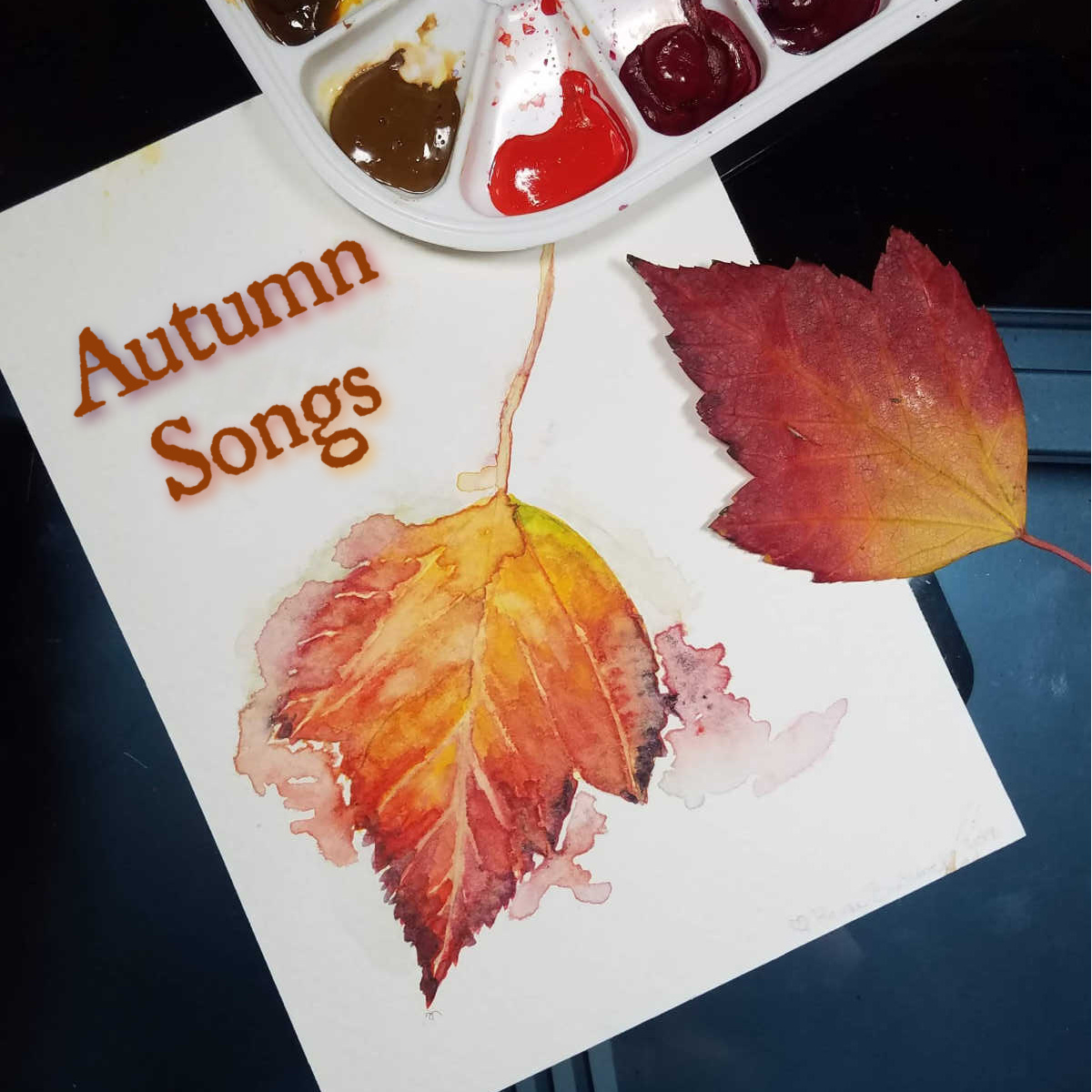 Music Connects Us All!

The Melody Bridge is a resource for anyone who loves singing and making music with friends and family, to encourage and support the bonds we form through the music we share.

This is a work in progress.